Get in touch for a free, no-obligation chat about how we might be able to help you.
01952 455775
Get In Touch
[]
1 Step 1
keyboard_arrow_leftPrevious
Nextkeyboard_arrow_right

What are the options for retirement income?

In the last five years, we’ve seen a massive shift in the way that people are taking retirement income. Back in 2015, pension freedom was brought in, which gave people a lot more flexibility as to the way they access their pensions.

Traditionally it was the case that you either looked at an annuity model, which provided a guaranteed income for life but was quite inflexible, or you had capped drawdown, which meant you could draw down up to a certain level of income from your pension pot, which generally offered a lot more flexibility. Pension freedom scrapped all of that.

Effectively, now we have the option where you can still take an annuity if you want a 100% guarantee of what your income will be.

You can opt for flexible access drawdown, which means you can kind of dip into your pot as much or as little as you need. That carries the risk that if you take too much, you might exhaust the pot and run out of money.

Also, the actual freedoms did provide people the option to fully withdraw their pension pot, but, of course, that then doesn’t provide any income and it’s how you would then look at generating income from those funds.

What’s the most popular option at the moment?

This is a report from 2020-2021 by the Financial Conduct Authority. In that report, there were 596,080 pension pots that had been accessed, which 13% of people had taken annuity.

55% of people had actually fully withdrawn their pension pots, which is just staggering given that your pension pot is obviously there to provide you income for retirement.

Are people aware of the tax implications on taking it all out?

Certainly there’ll be a percentage that are. A lot of people that had actually fully withdrawn their pension pot hadn’t looked to seek any advice prior to doing so.

To give you kind of a bit of an example, if you are still employed and earning a salary and, let’s say, your income was £20,000 a year, you have a pension pot of £50,000 and you decide, right, I don’t like pensions. I can’t access the money, doesn’t feel like it’s mine. I’m taking it all out, which is generally the thought process of quite a few people that take this route.

It’s then a case of what you do with that money. If you then take that £41,000 and stick it in your bank earning 1%, is that actually a good way to make your money work for you?

Why are so many people not seeking advice?

Certainly, some people don’t necessarily value their pension and appreciate that it’s there to provide that retirement income.

Some people don’t like the idea of having to pay for advice in order to access their money.

Personally, if it is a case that you’re not taking advice, not understanding the implications, not looking at actually if you draw all that out, is it going to leave you in a position where actually you have no money to live in retirement?

That points towards the value of advice and making sure that such a big decision is not taken lightly.

When are people looking at their retirement income?

One thing we’re seeing with people is their retirement time frame is quite different.

We’re tending to see a lot more people staging retirement. They might stop working full-time at 60 and do some consultancy work or some part-time work, so people’s flexible income needs between then and state pension age vary massively.

We’re seeing a lot more stages in retirement than traditionally we would have seen historically.

Overnight, the landscape changed and a lot of people just considered that, right, annuities are really poor value for money. They don’t offer any kind of benefit.

For the right type of person, an annuity is definitely still a way forward.

There are still short-term options. I think there’s also a myth that if you have an annuity and you die, then you don’t see the value out of your pension. Again, that’s not quite the case because you can build in protections into an annuity so if you were to die early, there would still be value to take out of it.

The negative of that though is the more add-ons you build into annuity, it then starts to impact the income that you personally receive.

It’s quite a complicated decision to make.

What Does Drawdown Mean?

Flexible access drawdown basically means that you can choose to withdraw as much or as little from your pension pot as you want.

Drawing too much obviously can have long-term impacts. Certainly when we are planning, we’re looking at the short-term income need, but also balancing that off against the long-term.

The other elements we look at is also trying to make any draw downs as tax efficient as possible.

If we can try and set pension drawdowns within just the basic rate tax environment and there are further shortfall needs, we can then maybe start to look at investments.

Every client is extremely individual and our main aim is to produce the income they need from what they’ve got in the most tax efficient way possible.

Flexible access drawdown allows us to do that, because we can increase and decrease the income levels depending on the need in a set period of time.

What happens in a pension review meeting?

In an initial meeting, it’s very much around trying to get to know the person and understanding what their dreams are and how they view retirement.

Quite often, there is this staged look towards retirement and it’s then looking at, okay, well, in those stages, what are our income shortfalls going to be? What do we need to do to fill those gaps for them?

The value of investments and any income from them can fall as well as rise and you may not get back the original amount invested.

HM Revenue and Customs practice and the law relating to taxation are complex and subject to individual circumstances and changes which cannot be foreseen. 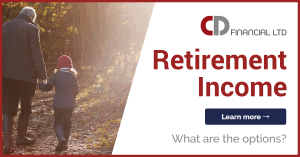 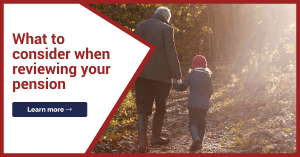 Looking for a mortgage?

Want to find out more about how we can help you?

Shifnal Head Office
Regulatory Information
The information on this website is subject to the UK regulatory regime and is therefore targeted at consumers based in the UK.
Company Directors: Claire Dentith APFS, Dip PFS & Michael Dentith
CD Financial Ltd is an appointed representative of Openwork Limited which is authorised and regulated by the Financial Conduct Authority.
CD Financial Ltd is a company registered in England and Wales 08440585 whose registered office is situated at 4 Church Street, Shifnal, TF11 9AA
© 2021 CD Financial. All rights reserved.